Welcome to Ashley’s Brewniverse! We asked Ashley what are some of her favorite recipes, equipment or just anything she uses when brewing, oh and if you could name your brew space what would it be?

Thus, Ashley’s Brewniverse was born! Just like the big bang, only with beer.

That's Ashley for those who don't Know 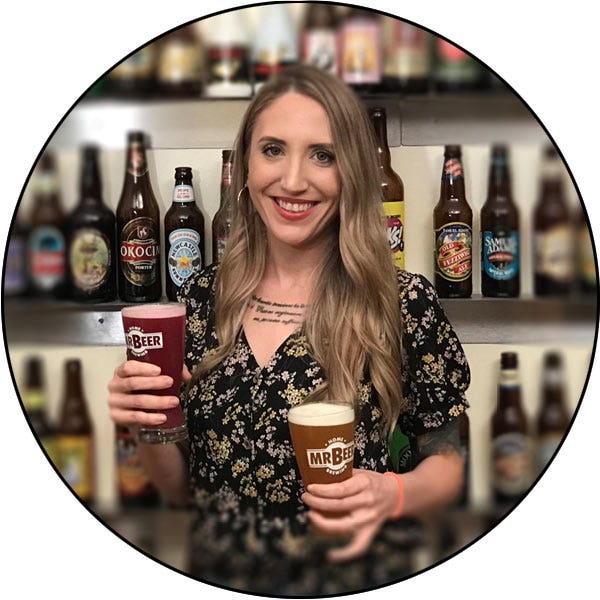 If you have called us, chatted with us, emailed us, been our Facebook group or watched our Brew Talk with Mr. Beer episodes then you can appreciate the knowledge that Ashley has about brewing. She is super passionate about hops and healthy brewing. She was the driving force behind all our Gluten Free Recipes and a few others that we have on the site. Overall, she is just an extremely knowledgeable brewer and a nice person!

Okay, enough of this, let’s board our rocket ship and get ready to take off into Ashley’s Brewniverse! Let the countdown commence, 5,4,3,2,1 Blast Off!

It’s estimated that about 30% of the world’s population carry the genetic susceptibility for Celiac disease. Out of those individuals whose genes express, it’s fair to assume that at least a few of them really miss their beer! Besides celiac disease, there are other reasons a person may avoid gluten, including other autoimmune disorders that gluten can exacerbate. Aside from celiac and gluten intolerance, beer produced with sorghum (the primary fermentable used in our GF recipes) is typically naturally lower in carbohydrates and because it lacks the protein gluten and a lot of the starches of traditional malts, it causes less bloat. These recipes are a labor of love for me. I have personally been diagnosed as a celiac for 15 years, and on top of that I am a consummate beer lover. My hope is to bring those looking to avoid gluten, great tasting beers that are easy and consistent to produce. I hope you enjoy them as much as I do!