Esters and Phenols in Beer. What are they, and what do they contribute? Part 1

Esters and Phenols in Beer. What are they, and what do they contribute? Part 1

You may or may not have heard these two terms before, but if you have brewed or even just enjoyed beer, chances are you have experienced them.

Let’s start with Esters first. So, what are they? Esters are fruity tasting compounds. Think flavors like banana or apple or anything fruit-like that isn’t actual fruit.

So how are esters formed?

Esters in beer are formed by the reactions of organic acids and alcohol created during fermentation. This reaction causes the esterification of alcohols, including the most abundantly created, ethanol as well as other higher, or “fusel” alcohols. The type of ester formed depends on the specific type of alcohol being implicated in the esterification. The MOST abundantly concentrated esters are “acetates”, meaning they use an acetic acid molecule (known as acetyl coenzyme A) as part of their esterification process and others do not use this same chemical acetyl coenzyme A, as a catalyst, but use others instead.

The most significant esters found in beer are isoamyl acetate, resembling banana or pear drop, ethyl acetate which is light fruity or solvent-like, ethyl caprylate giving an apple-like character, ethyl caproate apple-like with a little aniseed, and phenylethyl acetate like roses, honey. 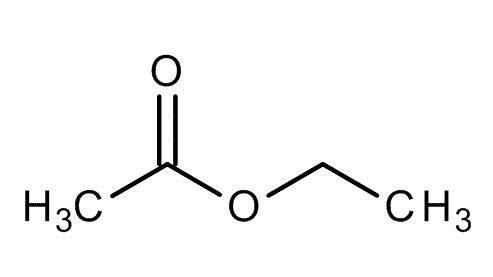 This ester is caused by the combination of ethanol and acetic acid. Because ethanol is the most abundant alcohol created by brewing yeast, the solvent-like presence of ethyl acetate is often detected in beer, especially in beer that is young or “green”, before the yeast has begun to use the stationary phase, to clean up excessive amounts of this ester. At lower concentrations, this ester can translate pleasantly as pear, or unpleasantly at higher concentrations as the formerly mentioned, solvent. Keeping this ester “in check” is of high importance to many brewers, so an emphasis is placed on control parameters, primarily fermentation temperature and suitably high pitch rates. In addition to being produced by brewer’s yeast strains (Saccharomyces cerevisiae and Saccharomyces pastorianus), ethyl acetate is also produced in large quantities by the wild yeasts Brettanomyces, Hansenula, and Pichia via aerobic fermentation. Therefore, It is important to note that excessive levels of ethyl acetate can also be a result of infection, but mixed-fermentation brewers will often use a wild bacterium to intentionally increase the concentration of ethyl acetate and other esters.

Isoamyl acetate, another common ester found in and associated with beer carries that distinctive banana-like flavor and aroma typically found in many German beers such as Hefeweizen.

Isoamyl acetate is created by the esterification of Isoamyl alcohol (a fusel alcohol) and its distinctive flavor effect is a signature of Several German Ale styles.

Because of the desirability of this ester, brewers will intentionally create conditions in which to exaggerate its production. If high levels of Isoamyl acetate are what you desire in your brew, the first step is to select a yeast variety that is well suited to produce its precursors and catalysts. We will cover that more in-depth, later in this discussion. Isoamyl acetate is an aggressive ester and can be detected on the pallet in quantities as low as 2ppm. Unfortunately, when this ester appears in beers that are not “supposed to” contain it, it is considered an off-flavor. This Ester is usually not particularly difficult to reduce or control in beers where the selected yeast is not prone to producing specific elements during fermentation.

Ethyl caprylate, the next “common” ester on our list, though it is not as abundant as the previous two we have discussed. This ester is a bit different in that instead of using acetic acid, this ester is formed by the combination of caprylic acid and ethanol. 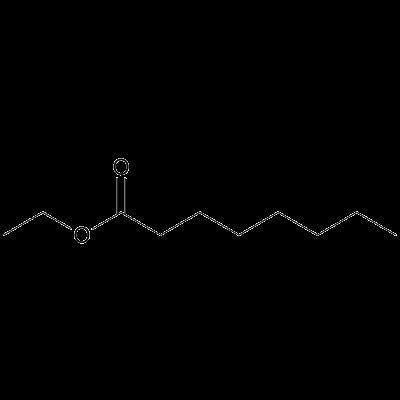 Caprylic acid is a medium-chain fatty acid with a generally unpleasant smell, and the corresponding ester, while less unpleasant is still usually considered an off-flavor in excessive quantities. Ethyl caprylate comes across and cloyingly fruit or brandy-like. At high concentrations, Ethyl caprylate can contribute to what is often described as an undesirable “yeasty” flavor. It is an ester that when controlled and well placed, can be a positive contribution as well in certain styles only.

This Ester is created through the condensation of Hexanoic Acid, and Ethanol. Ethyl Caproate has a pineapple aroma that is like lightly flanked by an anise-like or sometimes red-apple-like character that can be pleasant when appearing appropriately, in certain styles. This sets it a bit apart from other apple associated compounds like aldehydes, that translate more like sharper, green apple. That is as long as it stays in normal ranges. A fun fact about Caproate acid; It is one of three fatty acids named in relation to Capra, the genus of goats. The names are derived from the high amounts of these fatty acids found in goat’s milk, which give the milk its characteristic odor and flavor. Hexanoic acid itself, can be VERY unpleasant in high quantities and is typically considered a negative attribute in those cases. The Lambic and wild fermentation styles are notable exceptions where the “funk” that high levels of this acid can be appreciated as a style feature.

The final ester we will discuss today is Phenethyl acetate.

Phenethyl acetate is the ester resulting from the condensation of acetic acid and phenethyl alcohol. This ester typically has an aroma that is like roses or honey and is often described as tasting like raspberry or even guava. In most cases, it is minimally present.

If you decide you want a higher concentration of esters in your beer, or lower for that matter, the first place you must start is yeast selection.

All yeast has individual ester production characteristics. Some yeast will produce more esters than others and some will produce different esters than others. Esterification of alcohol is controlled by an enzyme called alcohol acetate transferase (AAT). So, the first way you can increase your beer’s fruity flavors and aromas are to select a yeast strain that produces a higher concentration of that AAT enzyme. As we learned in our prior episode, enzymes are the catalysts for everything!

Another common way to increase ester production in fermentation is to under-pitch the yeast, slightly. This creates some stress and stimulates yeast growth, which leads to higher ester production. Another method, the one I typically prefer to use, is temperature modulation. Having a slightly warmer fermentation temp can also promote esters in yeasts that have the potential to make them. Under pitching, in my opinion, and that of many other brewers is too risky for most of us. I think we all know by now how I feel about under-pitching.

And lastly, some individuals choose to promote ester production by under-aerating; this I do not recommend as it usually comes with extra aldehydes, as well. Believe it or not, even the shape of your fermenter has an effect on ester production. This is often why breweries with certain specialties will have different shaped tanks, as well.

So, now that we know how to increase our ester production, what about controlling them or even decreasing them? I could sum it up quickly by just saying “do the opposite of everything listed above”, and that would almost cover it.

If you want to reduce the incidence of esters in your beer, in other words, if you are looking for a “clean” flavor, there are a few key points to consider. It all comes back to yeast management. (see my prior video for more on that!)

-Pitch and ferment within the manufacturer’s ideal temperature ranges

Well, that about wraps us up on Esters! Please I hope you enjoyed this, and please join me next week for Part 2. We will be discussing Phenols. Have a great day everyone.