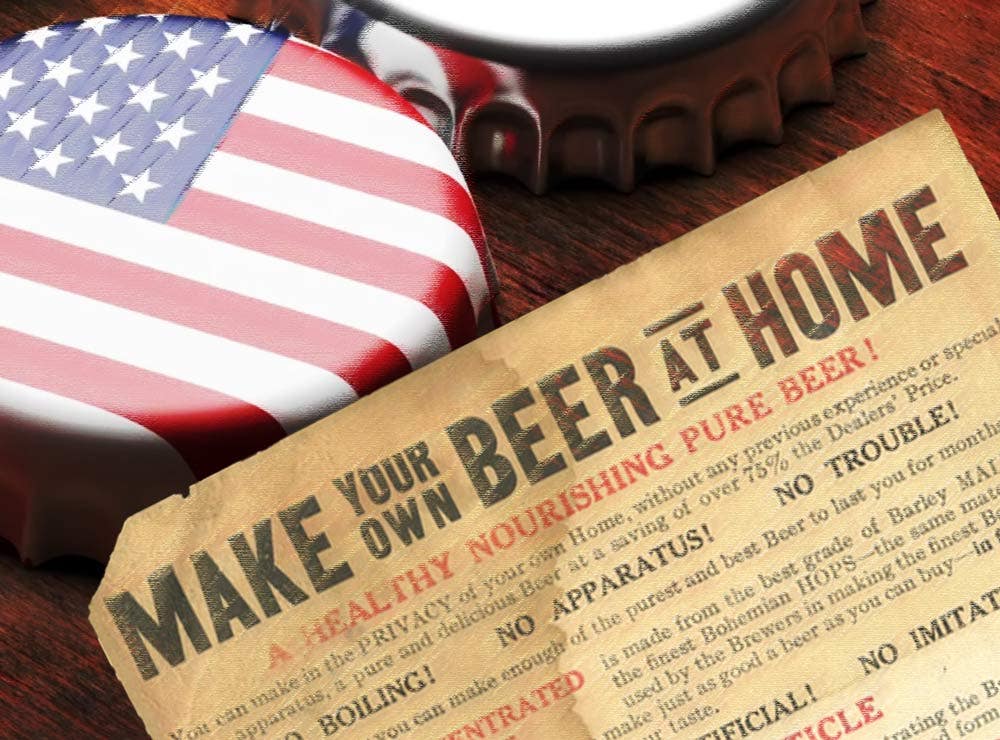 If you are a homebrewer, you may or may not have given much thought to the “legality” or the “legal history” of your hobby. Don’t worry, it’s federally legal to homebrew in the United States, but the subject is nuanced, and we do get quite a few questions about it. For that reason, I have put together this “quick guide” to homebrewing legality and some of the history associated with it.

Is homebrewing legal on the federal level?

Yes. In 1978, for the first time since prohibition made it illegal in 1919, homebrewing became federally legal in the United States.

Do some State Laws prohibit homebrewing?

In 2013, the last two states to legalize homebrewing on the local level were Mississippi and Alabama. As of now, all states in the US permit homebrewing though some have local statutes that differ from Federal law.

Can States make their own laws and regulations regarding homebrewing even though it is federally legal?

Yes, Individual states are still free to make laws governing the production of fermented beverages at home. Alaska is one example of a State still exercising this power over homebrewers beyond federal law.

How many gallons of beer can I make at home without breaching federal law?

The United States Federal government allows for 100 gallons of beer per adult 21 years or older, per year and up to no more than 200 gallons per household, per year IF there are 2 or more adults living in the household.

Can I sell my home brewed beer?

Which president made homebrewing legal again in the US?

Can I make home-distilled spirits under U.S. Federal law?

How do I find out if my State has any remaining statutes about homebrewing, beyond what the federal law states?

The American Home Brewers association provides a tool for looking up your statutes by state, here: https://www.homebrewersassociation.org/homebrewing-rights/statutes/

Does home Brewing fall under my constitutional rights?

Yes, sure does! See the 21st amendment and the repeal of the 18th amendment.

Here’s how you can sum it all up.

“In 1978, Congress enacted Public Law 95-458 (H.R. 1337), amending the Internal Revenue Code to allow any adult to produce beer, without the payment of tax, for personal or family use. The beer produced per household may not exceed: (1) 200 gallons per calendar year if there are two or more adults residing in the household, or (2) 100 gallons per calendar year if there is only one adult residing in the household. Under the 27 C.F.R. §25.206, homemade beer for personal or family use may be removed from the premises where made for organized affairs, exhibitions, or competitions such as homemaker's contests, tastings, or judging. Under 27 C.F.R. 24.75, adults may produce wine for personal or family use in the same amount as allowed for beer.”

In summary, if you are a citizen of the United States, and homebrewing within the Federal and local statutes for the state you live in, you shouldn’t have anything to worry about. If you ever have doubts or concerns, it is best to do your research and contact a legal professional if possible. You can also contact your local division of Alcohol Control and ask them for an explanation.

I hope you enjoyed this article and the information provided within it. Please feel free to ask questions in the comments section and let us know if you have suggestions for future articles.

5 Comment(s)
christopher soboleski
Legalizing homebrewing is the only thing Carter did that was worth Americans suffering under his incompetent Joke-ministration...
Reply
Nicholas Carter
200 gallons a year is about 2x Mr. Beer brews a week. That should keep most families going.:-D
Reply
Ashley Collins
We would hope so! haha!
Reply
Nicholas Carter
I note the extension of home use as in : " homemade beer for personal or family use may be removed from the premises where made for organized affairs, exhibitions, or competitions such as homemaker's contests, tastings, or judging."

It needs to be made more reasonable for ability to ship. One should not have to declare "yeast samples" or need to be licensed in some way to ship as beer interstate.

I made this input to the recent call for comments on this https://www.federalregister.gov/documents/2021/07/28/2021-16115/promoting-competition-in-the-beer-wine-and-spirits-markets

Had I seen this before I would have quoted it. :-)