The Real Deal - Ale or Nothing: One Man's Adventures in First-Time Homebrewing

Mr.Beer Buzz
Comments: 0
By Michael Craig  July 8, 2014 When my editor asked if I wanted to brew a batch of beer and write about it, I immediately said yes. Three of my favorite things were involved: beer, writing and money. Plus, the gig required a brewing novice, and I was spectacularly qualified. Up until then, I thought beer came from a cocktail waitress. Choosing my kit On Amazon, I found a pair of frequently reviewed starter kits, Mr. Beer and Brooklyn Brew. I had to decide which would guide me on my alcohol adventure:

Brooklyn Brew Beer Making Kit ($39.95) With this, you can make 1 gallon (9–10 12-ounce bottles) of beer. The kit includes mix (grains, hops and yeast), a 1-gallon glass fermenter, chambered airlock, glass thermometer, racking cane, tubing, clamp, screw-cap stopper and sanitizer. No bottles are included. Bummer. Winner I chose Mr. Beer. Not only does it brew more gallons than Brooklyn Brew, but Mr. Beer also describes the equipment in simple, comfortable terms like "keg," "bottles" and "caps." In retrospect, I'm sure Brooklyn Brew would've been fine, but I got intimidated by the sound of the "chambered airlock" and "racking cane." (Did I tell you my wife, Jo Anne, refers to our kitchen as my "wreck room?" That's a little foreshadowing for you.) The supplies Mr. Beer provides a good set of starter tools. The plastic keg and bottles are easy to handle. The equipment and ingredients are packaged and labeled well and include a how-to DVD and detailed instructions (easy to read, though with more footnotes than a Harvard Law Review article).

According to Mr. Beer, "Brewing beer is the process of combining a starch source (in our case malt extract) with yeast. Once combined, the yeast eats the sugars in the starch, producing alcohol and carbon dioxide." So by using the can of malt extract, I wouldn't have to brew beer from a pile of barley and hops. I was getting a shortcut. And for me, it was a wonderful shortcut. You can't go from prepping a can of SpaghettiOs to making your own pasta, nor can you go from drinking a can of Schlitz to malting and mashing your own barley to extract the sugars. But if you're feeling ambitious, websites like Northern Brewer sell hundreds of varieties of barley, grains, hops and yeasts, all of which impart a unique character to the beer. But do know that the alternative to Mr. Beer's aforementioned can of sweet, sticky malt extract requires racks, tubes, wort chillers, burners, kettles and pots. Whew! Other sites selling ingredients and equipment include Adventures in Homebrewing and Monster Brew. The brewing process The actual brewing proceeded smoothly. I boiled 4 cups of water, poured in the can of hopped malt extract and stirred thoroughly. (This unfermented mix is called wort, by the way.) I filled the keg with 4 quarts of water, poured in the wort, added water to bring the total volume to 8.5 quarts and mixed vigorously. Finally, I sprinkled in (but did not stir) the yeast packet and screwed on the lid. I quickly discovered, however, two things that complicate home brewing. First, the main ingredient in beer,

I learned, must be disinfectant. Surely as an adult I could hygienically boil water, open a can and stir with a spoon. Far from it. Almost two of the six panels of the Mr. Beer instructions concern sanitizing: Sanitize the keg; pour the sanitized water in a bowl; put all the equipment in the sanitized bowl. Afterward, I was terrified that in between uses I may have contaminated the whisk. The next ingredient in beer is patience. I had a long time to ponder my bacteria-laden life because the following instruction was "ferment for 14 days." Fourteen days? That's an eternity! During the next few days, I could see the fermentation process in action by shining a flashlight on the keg. It felt reassuring to see bubbles rising to the surface. Anticipation, sedimentation and more sanitation I filled the next two weeks with positive mental images. I foresaw myself inviting friends to taste my beer; I anticipated pairing the beer with great food; I envisioned everyone being so impressed while I insisted, unconvincingly, that it was no big deal. Then it was time to bottle and carbonate my beer (after, of course, sanitizing the bottles). My first mishap spawned from uncertainty over the size of the bottles. Carbonation requires adding sugar to the bottles prior to pouring in the beer. And even though Mr. Beer comes with pre-measured carbonation drops, otherwise known as sugar cubes, the instructions introduce ambiguity, because the same instructions serve several kits, which may come with different-size bottles. The size determines the amount of sugar needed for carbonation, but the bottles themselves weren't marked.Sigh. Were these bottles half-liter, 750-milliliter or 1-liter? I poured a half-liter of water into an empty bottle. It looked half full, but the neck was narrower than the base. Better pour in another half-liter. The water soon filled the bottle but, inexplicably, I kept pouring, spilling water all over the counter. "The instructions," I thought. "Save the instructions!" I scrambled around, knocking empty bottles to the floor, a potential biohazard. (That I could not competently pour water did not augur well.) A layer of sediment formed on the bottom of the keg. According to footnote 14 of the instructions, this "trub" is a byproduct of the yeast. The trouble with trub (heh!) is that you shouldn't move the keg during bottling, which I learned only after carrying the keg from the coolest, darkest place in the house (above the laundry-room fridge) to the kitchen. I also neglected footnote 15, which recommended that I taste a small amount of beer from the tap. "If it tastes like flat beer, it's ready to bottle. If it tastes sweet, give it a few more days in the keg. Do not do this more than once." All bottled up Finally, I got the carbonation drops and beer into the bottles. I hugged those bottles like children, which, in retrospect, was strange because my children, who had been helping me at the start of this adventure, were now nowhere to be found. Sullenly, I performed the required (re)sanitation.

I got to worry for another 14 days as the carbonation took place. I had run out of positive images and could only imagine the consequences of my clumsiness, impatience and squalor. For instance, I read someplace that one kind of bacteria can make the beer smell like a Band-Aid. After that, everything in my house smelled like a Band-Aid. When I foist this foul brew on friends, will they be spitting and vomiting? Or worse, would these people, suddenly like strangers, mumble excuses and pour the beer down drains and out windows? Will I have to give up drinking beer? Will I have to find new friends? Last-minute details Three days before the tasting, I moved the bottles to the refrigerator. I bought and chilled beer mugs. (I purchased the mugs on the day of the tasting, and I got curious looks from Bed Bath & Beyond employees when I asked if there was an appliance that would instantly chill glasses. Funny because these people work at a store that has a giant display for a device that allows you to make a bowl out of a pile of bacon strips.) I improvised a potential emergency plan if things turned bad. I knew about dropping a shot of whiskey into a glass of beer (Boilermaker, Irish Car Bomb), so I figured I could kill the flavor that way if necessary. But I had no whiskey; all I had was a bottle of rum. Nor did I have any shot glasses, just a few Dixie cups in a bathroom dispenser last filled, I think, by the prior owner of my house. The tasting It was a hot Arizona evening, so I insisted we drink outdoors. I brought out the bottles in an ice-filled bucket along with the chilled mugs. I also handed out the best of my stash of Cuban cigars, a diversion or a bribe—you can decide. Per the instructions, I slowly poured the beer into the mugs, careful not to introduce any hints of sediment that can form at the bottom of the bottles.

The beer looked good. It smelled good. It foamed but not too much. The color was clear, a light amber similar to Corona Extra. The taste was also clean and light. It had just enough bitterness to let me know it was beer. No bacteria clouds, no "young flavors of green apple or yeast" and not a Band-Aid in sight or smell. For the first time in a month, I could relax and enjoy a good cigar, a warm evening with friends and a beer. My beer. I didn't have to resort to my backup plan, the Dixie Cup Bomb. I didn't have to relocate to a new state. My friend Randy, a real home brewer, even offered to let me use some of his expensive equipment if I wanted to take things to the next level. Now that the evening is behind me—guests impressed, sanitation of the bottles and equipment completed—I am actually considering his offer. ARTICLE FROM The Real Deal by Retail Me Not: http://www.retailmenot.com/blog/brewing-beer-at-home.html
0 Comment(s)
Recent Posts
Esters and Phenols in Beer. What are they, and what do they contribute? Part 2 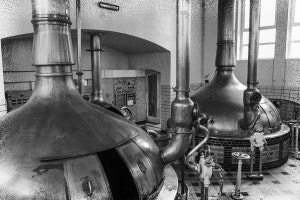 What is the Reinheitsgebot?
Esters and Phenols in Beer. What are they, and what do they contribute? Part 1 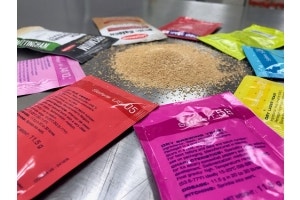 Yeast Characteristics
Tips to Prevent Your Spigot from Getting Clogged
Categories