A cross between Saaz and Mount Hood in character, but easier to grow. 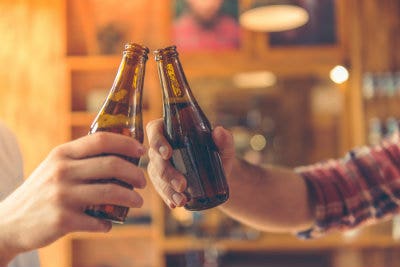 Purpose: Frequently labeled an aroma hop, though it can be dual purpose
Origin: United States – bred in 1990, released in 1998
Aroma Profile: Floral, citrus, spicy, herbal - especially: noble (as it has noble hop characteristics), spicy
Substitutions: Sterling is a great substitute for Saaz because of the similar spice aroma. Sterling is also like Santiam but not as floral.
Cone size: Medium
Cone density: Compact
Storability: Retains 60%-75% alpha acid after 6 months storage at 20ºC (68ºF) 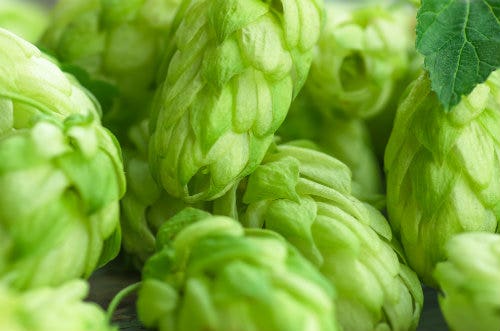 In the early 1980s, Saaz hops were still being imported from Czech growers, but the hop’s unsteady availability and small yields left U.S. brewers eager for a smarter solution. These brewers began growing Czech Saaz hops in the U.S. to solve the problem.

The Boundary Farm, an Anheuser Busch owned farm in Northern Idaho, started growing Saaz hops first. The farm was chosen for its latitude, which meant a similar climate to that of the Saazer region, but with a shorter growing season.

It was plant pathologist, Dr. Cal Skotland, then stationed in Prosser, WA, who found the Prunus Necrotic Ringspot Virus in the original Saaz Hop stock from Czechoslovakia, and destroyed it. Skotland discerned that the virus had likely been retarding the hop’s yield in Czechoslovakia, and reducing its alpha acid potential.

In 1990, Dr. Al Haunold collected virus-free clones from the Washington Experiment Station in Prosser, and made it his mission to work on a new cultivar. His intention was to breed for higher yield, more alpha acids, and disease resistance, while retaining the Saaz hop storage potential and oil profile.

Dr. Haunold crossed the virus-free Czech Saaz female with a male plant that had aroma from Cascade & German parentage with higher alpha acid potential, courtesy of Brewer’s Gold. He was also developing higher density of cones, meaning a lusher hop plant, since Saaz plants often had a sparse cone set. Haunold noted the short branching, weak cone volume, and small, brittle nature of Saaz cones, which he aimed to improve upon.

The cultivar bred by Dr. Haunold was 1/2 Saaz, 1/4 Cascade, 1/8 German aroma with some Brewer’s Gold, Early Green, and some other hops. Yield for Haunold’s plant were 80% greater than those of the original Saaz plant. Alpha acid went from 3-4% to 6-9%. Still, Haunold could retain the characteristic aromas and hop oil components of the Saaz plant.

As for the name? Dr. Haunold chose to keep with the currency theme of the time. His aim was to liken the hop to “a solid, reliable standard, like the pound sterling.” 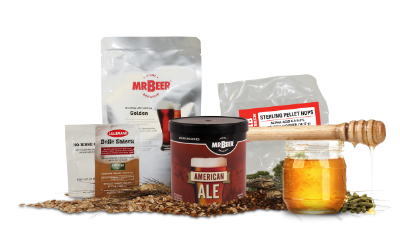 strong, malty flavors of baked bread and toffee are supported by the spicy, floral, and slightly fruity profiles of Sterling and Palisade hops

the addition of honey gives this beer its characteristic dryness, while the sterling hops compliment the spicy, peppery profile of the Belle Saison yeast

crisp and clean with a nice, rich malt and spicy hop character 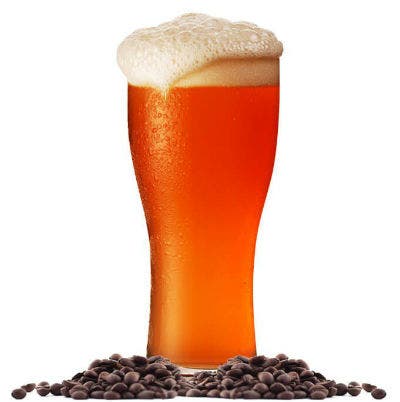 the addition of Sterling hops balances the subtle sweetness and rich flavors to create a very complex, but very pleasant flavor profile

the floral, spicy aromatics and flavor of Sterling hops balance the strong Pilsner and Munich malt profile of this traditional style German Lager

a cornucopia of fruit, spice and caramel malt, with a little licorice and peat in the background